Last year at this time, I was at home in The Pas, anticipating a birth.
In early September, fifteen copies of my first novel, Swarm, arrived in the mail in a cardboard box. My puppy insisted on chewing the corner flaps as I pulled the parcel open.

The thing took nearly five years from creative spark to the final push of page-proofs and there it was, with its beautiful turquoise cover, full of words, in my hands. 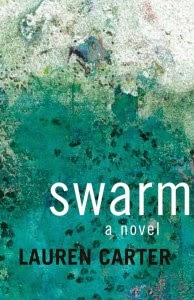 Earlier that summer, I’d had the good fortune to hear from festival organizer Charlene Diehl. She loved the advance copy of the book, she told me, and offered an invitation to read at Thin Air.

I was over the moon. Not only would it be the book’s first outing, but it would also give me a chance to hang out with other writers, an opportunity I don’t get very often, living up here in The Pas.

It would also be only my second appearance at a major literary festival. The first had happened two months prior at the Leacock Festival in my former home town of Orillia, before the book was even available.

There is a key event that stands out for me at the festival (apart, of course, from the dramatic explosion of a glass of red wine in the writers’ lounge at the end of a very trying day, so I was told, for the tireless, dedicated festival organizers – cue shout-out here for all their hard work).

It’s an event that I remember mentally marking because of its resonant significance, the sensation that it gave me that I was indeed making a mark, getting somewhere with this craft I’ve been practicing and living my life for going on twenty-five years.

It was the moment when I walked out on the main stage, reading that night with Andrew Pyper, Lucie Wilks, Daniel Canty, and Dennis Cooley, all great writers, and I, there, with them.
Exhilaration.
Charlie Wilkins was in the audience, whose book Little Ship of Fools I’d read that summer and loved, and later I would discover that he was also a fan of mine.

A high school friend I hadn’t seen since I was a teenager was there, as well as a Winnipeg writer I’d connected with online and hadn’t yet met in person.

Writing is a lonely act, but then there are these amazing opportunities: to share the story you’ve spent many years living with, pouring yourself into, labouring over, all alone.

Engaged audiences, engaged readers, mean everything, or nearly that, because they give us community and a pretty huge reason to work.

Last year, I gobbled up Thin Air – not only my own events but those I experienced as audience, as reader, as kin to all of you who love books – because words are not just my vocation and my calling: they are my passion.

And it’s clear that in this, I am far from alone. 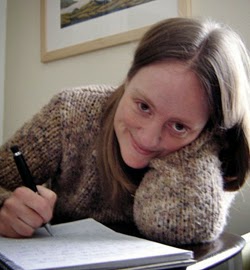